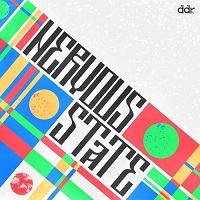 Listen back on Spotify (also available on other podcast sites).

Interviews with researchers from science, engineering, arts, humanities and social sciences exploring how research is tackling some of the big environmental challenges of our time. 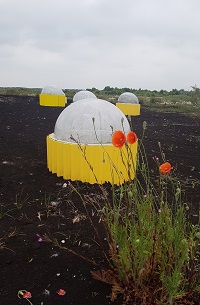 As part of the 'Places of Holes' project, Pollagh Heritage Group facilitated artist Rachael Champion with research and community engagement to create ‘Carbon Flux’, a site-specific sculptural installation in Turraun which addresses the shifting nature of regenerated bogs in the Irish Midlands. Turraun was the first Irish bog to produce peat for energy on an industrial scale and one of the first industrialised bogs to be rewetted for conservation. An event was held in Pollagh in November 2017 featuring talks on climate science, conservation and contemporary art in the bog. The sculptures are no longer on site. 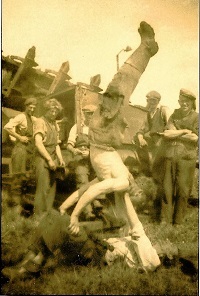 This project sketched the cultural memory and social history of early industrial peat harvesting in Turraun, in Pollagh, County Offaly, one of the first sites of its kind in Ireland. The site is very important in Irish industrial history and the history of peat extraction in Ireland. Early industry was set up by local man, Kieran Farrelly and then taken over by Sir John Purser Griffith. Later years saw the site evolve under the management of the Turf Development Board and Bórd na Móna. This project used oral history techniques to interview people who worked in Turraun during the height of the peat production period in the 1940s and 1950s. We created an exhibition of photographs with storytelling and the interviews are available through Tullamore library. 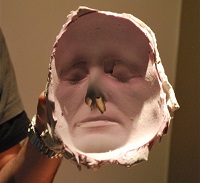 Caitríona was part of Manchester art collective Archipelago which created the project Consulate of Cornerhouse. Consulate of Cornerhouse was an art event in a vacant retail unit at the Triangle shopping centre and the Cornerhouse cafebar. Exploring the emancipatory potential of the new ‘participatory’ trend in arts organisations, the Consulate re-imagined essential elements of Cornerhouse off-site – operating as Cornerhouse ‘on foreign soil’. Archipelago were a group of practitioners who shared a common interest in artistically engaging with contemporary ideas of organisational structures and how this affects artists, curators, institutions, and audiences.